Pica9 is a cloud-based distributed marketing tool for national marketers and designers to deliver on-brand assets and ensure brand compliance in local markets.

Dr. Buckner has been endorsed by Marquis Who's Who as a leader in the business industry. Marquis Who's Who, the world's premier publisher of biographical profiles, is proud to present John Knowles Buckner, Ph.D., with the Albert Nelson Marquis Lifetime Achievement Award. An accomplished listee, Dr. Buckner celebrates many years of experience in management and technology, and has been noted for achievements, leadership qualities, and the credentials and successes he has accrued in his field. As in all Marquis Who's Who biographical volumes, individuals profiled are selected on the basis of current reference value. Factors such as position, noteworthy accomplishments, visibility, and prominence in a field are all taken into account during the selection process.

Dr. Buckner began his career as a student at Williams College, obtaining a Bachelor of Arts in 1958. He then entered the Massachusetts Institute of Technology, completing a Master of Science in 1960. In 1965, he earned a Doctor of Philosophy in nuclear engineering from Stanford University. Dr. Buckner subsequently graduated from the Harvard Business School advanced management program in 1974.

A respected voice in technology and senior management, Dr. Buckner has been an active leader in his community, having served on several local governance committees and numerous small company boards. He has contributed articles on engineering, data analysis, and systems to professional journals. He is a member of Sigma Xi, Phi Beta Kappa and Chi Psi. Dr. Buckner has been recognized as an Atomic Energy Commission Special Fellow of nuclear science and engineering.

Throughout his career, Dr. Buckner has been recognized for his contributions. He has been featured in numerous honors publications, including multiple editions of Who's Who in America and Who's Who in the West.

In recognition of outstanding contributions to his profession and the Marquis Who's Who community, Dr. Buckner has been featured on the Albert Nelson Marquis Lifetime Achievement website. Please visit www.ltachievers.com for more information about this honor.

Pica9 is a cloud-based distributed marketing tool for national marketers and designers to deliver on-brand assets and ensure brand compliance in local markets.

Subscribe to our Blog to receive insights in your inbox

Connect with an Expert

Collaborate with us to grow and increase your brand impact. We’ll help you determine how CampaignDrive can best help you meet and exceed your marketing needs. 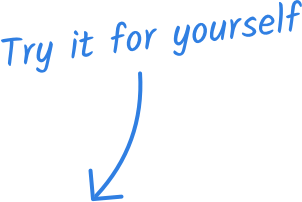 Discover how to leverage your brand power for local impact